Trying to sort through the complicated details of the Affordable Health Care Act and understand how it will affect Medicare coverage for seniors can be overwhelming.   While the ultimate goal of this law is clear:  to reduce healthcare costs and increase benefits, you are probably still wondering exactly how it will work and how your benefits will change.  Here are some of the main changes that every senior should be aware of:
Prescription Drug Coverage
For seniors, perhaps the biggest impact of the new healthcare law applies to prescription drug coverage.  Under the previous Medicare program, there was a gap in prescription drug coverage that became known as the “donut hole.” Here’s how it worked:
Not only was this coverage program confusing, it placed a huge financial burden on seniors who found themselves in the donut hole and struggling to pay for prescription drugs.  Seniors often resorted to skipping doses, splitting pills, or completely giving up on taking some of their more expensive medications.  The Affordable Health Care Act was designed to gradually close the coverage gap and make ensure that seniors are able to afford necessary medications.  The ultimate goal is for Medicare recipients to pay 25% of the cost of prescription drugs up until they reach the $4,550 threshold.  After that point, they will receive additional assistance.
Here is a timeline of how the law has unfolded since its inception in March of 2010:
Prescription Savings Projections
In the three years since the Affordable Care Act was implemented, the Department of Health and Human Services (HHS) estimates that Medicare recipients have saved over $6.1 billion on prescription drugs.   The HHS predicts that these savings will only continue to increase as the donut hole gradually closes.  By some estimates, the average Medicare recipient will save $4,200 per year by 2020.  Some patients who require more expensive drugs may save as much as $16,000.
Preventative Care
Under the Affordable Health Care Act, seniors will not have to pay any deductibles or copayments for certain screenings and preventative care.  Here are just some of services seniors can enjoy for free:
The theory is that by investing in preventative care, patients can avoid more costly medical expenses down the road.  This requires Medicare recipients to be proactive about maintaining their health and not simply waiting until something goes wrong to visit their doctor.  While there are no concrete numbers that show whether or not investing in preventative care has saved Medicare money so far, we do know that in 2012, 19 million people took advantage of a preventative service under Medicare.   Hopefully this will translate into healthier seniors and less stress on the Medicare system.
Other Benefits to Seniors
Seniors will also reap more indirect benefits from The Affordable Health Care Act.  While these benefits won’t immediately affect your pocketbook, they may produce long term effects.  One goal of the act is to invest money into specific areas so that insurers and hospitals can provide better and more efficient care.  The act demonstrates some forward thinking by investing in “innovations that improve the quality of care that seniors receive such as medical homes and care coordination and improve the delivery of care for beneficiaries with one or more chronic conditions.”  This includes looking for ways to help seniors safely transition back into their homes after a hospital stay and developing an incentive system that will reward providers who significantly improve patient care.
The new law also seeks to protect seniors who are in nursing homes by preventing abuse and neglect.  Any abuse claims will now be submitted via a standardized form, which will make it easier to pursue investigations.  The act also established a nationwide database that allows nursing homes to conduct criminal background checks on their employees.  Hopefully these added protections will decrease incidents of substandard facilities operating unchecked.
Conclusion
While the Affordable Healthcare Act has been a controversial and polarizing topic well before it even became law, the actual repercussions of the Act remain to be seen.  Opponents of the law argue that it will cost the American taxpayer more money, while proponents contend that it will save billions both over short and long terms periods.  Either way, seniors are sure to benefit from extra protection against fraud, abuse, and neglect and more straightforward and comprehensive approach to prescription drug coverage. 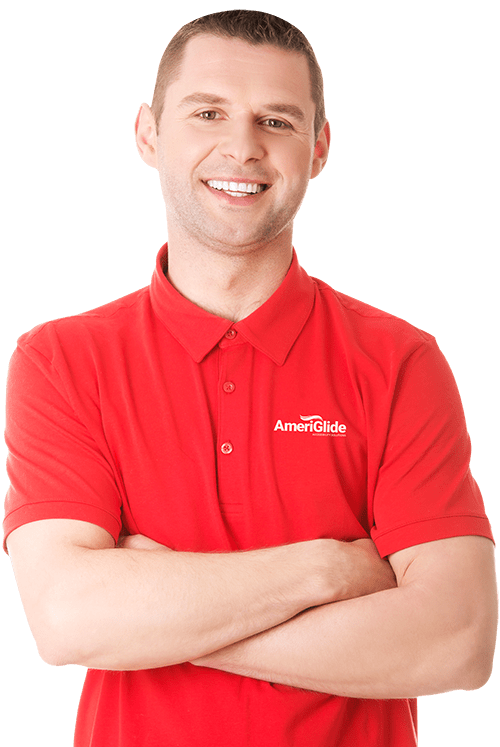 At AmeriGlide, our highest priority is offering our products at the lowest advertised price. We’re so sure you won’t find a better deal on mobility aids anywhere else that we offer this very simple, straight-forward guarantee:

It’s just that easy. So browse our selection of stair lifts and other mobility aids with the knowledge that you won’t get a better deal anywhere else. If you ever find a lower price, email us at customerservice@ameriglide.com.